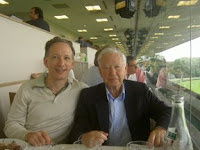 Governments around the world are asking whether they should restrict anonymity on the Internet in the name of security. Take Germany as an example. Should Internet service providers be required to verify the identity of their users? Germany recently proposed – and then retreated – on requiring that providers of email services must verify the identity of their account holders. However, Germany is on the path to require that providers of VoIP services must verify the identity of their users. The debates about the proper limits of anonymity on the Internet are profound. In case you’re interested in the details, here is a history of the proposals in Germany, from the drafts of the telecommunicationsurveillance act. German outside counsel summarized these for me.

* 8. Nov. 2006 - First draft submitted to the GovernmentThe German Ministry of Justice put together the first draft of law designed to reform telecommunications monitoring and to implement the directiveadopted by the European Union on the retention of traffic and location data.This draft contained the proposal that email service providers should be obliged to COLLECT and to STORE account data, name, address, date of birth,start date of the contractual relationship (proposed changes to §111 TKG).

* 18 April 2007 - First Draft of the German Government - "Regierungsentwurf" The draft of the German Government did not include an obligation for emailservice providers to COLLECT personal information. It contained, however,the obligation to STORE a personal identifier as well as name and address of the account holder IF the provider collects such data (proposed changes to§111 TKG).
Text: http://www.bmj.bund.de/files/-/2047/RegE%20TK%DC.pdf

* 29. May 2007 - Recommendation ("Empfehlung") of different working groupsto the German Federal Assembly (Bundesrat)The text did not proposed additional requirements for email serviceproviders to collect or to store personal data. However, it recommended that telecommunication service providers should be obliged to verify via theofficial ID card if the telecommunication user is the person who signed upfor the service (proposed changes to § 95 sec. 4 sent. 1 TKG). German legal experts expressed the opinion that this might also be applicable for email services.

* 8. June 2007 - Statement of the German Federal Assembly (Bundesrat) -"Stellungnahme des Bundesrates" The Bundesrat did not follow the recommended wording and did not suggest anychanges to the First Draft of the German Government as of 18 April 2007 with regard to email services.

So, in conclusion, anonymous use of Internet services is very much up in the air, in Germany, as regards certain services, such as VoIP services like Google Talk, even if the proposal to limit anonymity for email users appears to be off the table. Fundamental rights are in play. The age-old trade-offs between government security and privacy is being re-debated. I know people who spent their entire childhood hiding from the German government.
Posted by Unknown at 5:05 PM

My take on this is very simple: "how much do you trust he government with your data?"

If you say you do then the subsidiary question is "how much do you trust their successors"?

Yo may say: 'we need the data to fight terrorism - the most pernicious threat to democracy ever"

In the 1930's Interpol gathered data to fight crime. When the Nazi's came to power they then used the Interpol data, gathered to fight crime (terror in he modern context), to locate the names and addresses of Jews.

As a direct result of data mining 'for the public good' an unknowable but huge number of Jews died.

In the absence of such data these Jews with Aryan looks would have blended into the community and if asked would have said "yes, I am catholic" and would have lived.

Germany is a fine example when it comes to privacy. In WOII it was only to convinient that the pre-war officials had collected large amounts of private data from it citizens, allowing an easy and accurate sorting of jews, roma, and other "unwanted" individuals. One can blame the collecters of this data not of massacre of course but one can blame the for ignorance at what will happen to the data in the wrong hands. Unfortunately one can never tell in who's hands collected data eventually turns up. So it might be wise not to collect any data at all unless the holder of the data is completely aware of such. Google has a reputation of not being so forthcoming of what is recorded for what purpose and for how long. A totaliarist dream, I would say.

A great American once said, one who gives up liberty for freedom ends up with neither. Probably this remains a structure un-bulldozed.

A solid human rights regime is nothing without
a solid privacy regime.

I guess we're a camp from which a high minority
might fire down upon, but our refuge is in defending against the occupation of our time-tested legislation.

Either we protect our regime, or lose it. I rather my freedoms remain unoccupied by what too often are alien influences to democracy.