My favorite holiday photos, and a trillion others 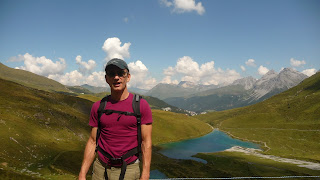 The two-centuries-long evolution of photography has constantly pushed the boundaries of privacy.  At each stage of its evolution, photographing the world has become easier, quicker, more mobile, more ubiquitous, more systematic, and sometimes more furtive.  And in parallel, technology has constantly evolved, to make it easier to store, share, tag, identify and analyze photographs at great scale.  Throughout the evolution of photography, privacy has always depended on social etiquette to regulate what people should and should not photograph, and should and should not share.

This process has been going on a long time, and it will continue.  In the near future, can individuals lifeblog photos or videos of everything and everyone they see?  Technology will enable it.  Some people will love it.  So, once again, the question will be how social etiquette evolves in parallel to the technological evolutions.

In privacy terms, we generally look to consent from data subjects to legitimize data collection.  But what about random people photographed in public places?  Practically speaking, it's not possible to obtain their consent to photograph them.  We live in a world with literally billions of people carrying cameras, built into small devices, with instant Internet connections.  Our world is becoming more transparent:  do the math, with billions of people, all snapping thousands (or someday, millions?) of photos.

You can debate, and to some extent regulate, the collection of photos by large entities, like governments and companies, using drones or surveillance cameras, but you can't control what billions of free human beings will photograph and share.  Over time, governments and companies will try to figure out how they can analyze these mountains of crowd-sourced user-generated photos for their own purposes.

As always, expectations of privacy are heavily cultural.  Technology will continue to evolve.  Expectations of privacy will sometimes collide with the technology, and each will influence the other.  Sometimes, technology will just be a few years ahead of the social consensus evolving to accept it.  Sometimes, it will be a generation ahead.  We're quickly moving from a world where billions of photos are published online, to a world of trillions.  Technology will follow its ineluctable and unpredictable logic.

Smile!, as you think of 5 billion humans who will be roaming the earth photographing everything and everyone they see.

Posted by Unknown at 4:52 AM No comments: