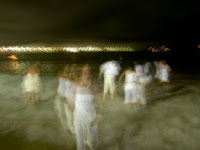 The Working Party is a group of representatives from every European country’s data protection authority plus the European Commission, dedicated to working on the harmonized application of data protection across Europe. I think I have the (perhaps dubious) distinction of being the private sector privacy professional who has worked the most with this group in the last decade. Most of my peers flee the Working Party like the plague, but I agree with Mae West, who said, “Too much of a good thing is wonderful.”

In my many years of privacy practice, I’ve always thought the best strategy is to work constructively with the Working Party. They are thoughtful privacy regulators, trying to improve privacy practices and to enforce often-unclear data protection laws. The companies I worked for are committed to improving their privacy practices and to complying with European laws. And the Working Party itself is committed to becoming more effective at working with the private sector, and in particular with the technology sector. So, based on my many years of experience, how could this all work better? And by the way, if you think I’ll be biased and self-serving in making these observations, feel free to stop reading here.

Here’s my golden rule: when regulators want to change practices across an entire industry, then they shouldn’t just work with one company. To make the point, here’s a little timeline summary of the recent Working Party exchanges with Google.

November 2006: the international data protection authorities issued a resolution calling on all search companies to limit the time periods during which they retain personally-identifiable data. No leading search company publicly disclosed a finite retention period at this time.
http://ec.europa.eu/justice_home/fsj/privacy/news/docs/pr_google_annex_16_05_07_en.pdf
March 2007: Google chose to lead the industry by announcing it would anonymize its search server logs after 18-24 months.
http://googleblog.blogspot.com/2007/03/taking-steps-to-further-improve-our.html
This generated considerable positive press, in my opinion quite justified, as the first such move by a leading search company.

May 2007: the Working Party sent Google a letter asking it to explain its retention decisions, and to justify whether this period was “too long” under European data protection principles. This set off a worldwide press storm, as hundreds of newspapers ran headlines like: “Google violates EU data protection laws.” And many of the EU privacy regulators added fuel to the media flames, as they issued comments expressing their concerns about “Google”, or even declaring Google’s practices to be “illegal”, without even waiting for Google to respond to their letter.

June 2007: Various privacy advocates jumped on the publicity bandwagon. One even went so far as to declare Google to be the “worst” in terms of privacy, due to the vagueness of its data collection and data retention practices. But since Google was the only one of the entire list of companies to have publicly stated a finite retention period, I would have thought Google should have been declared the “best.” Of course, that report was thoroughly de-bunked by more thoughtful industry observers, such as Danny Sullivan: “Google Bad on Privacy? Maybe it’s Privacy International’s Report that Sucks.” http://searchengineland.com/070610-100246.php
Nonetheless, the press damage was done. Even my dad called me after reading his small-town Florida newspaper to ask me why I was so bad at my job. Argh.

Then, I published a long open letter explaining the factors Google took into account while announcing a new retention period of 18 months: privacy, security, innovation, retention obligations. http://googleblog.blogspot.com/2007/06/how-long-should-google-remember.html
I wanted us to be transparent about our analysis and the factors that guided it. Of course, I couldn’t really describe all the security reasons for log retention: you can’t describe all your security practices publicly without undermining your security. And you can’t describe all your uses of data for search algorithm improvements without revealing trade secrets to your competitors. But nonetheless, I think we have been remarkably transparent throughout this process. Meanwhile, our competitors have been completely, studiously silent.

Finally, the Working Party realized how unfair all this had become for Google, and told the press that its sub-group, called the Internet Task Force, would consider these issues further in July, and include other search companies in the review.

I’m quite eager to hear from other search companies. I undertook a thorough and thoughtful analysis of Google’s need for logs for these various (sometimes conflicting) purposes. I am intellectually curious to understand whether our peer companies balance these factors in the same way as we did, or differently. Will they announce retention periods too? And will they announce periods that are longer or shorter than ours?

Privacy on the Internet concerns everyone, and all companies. The Working Party has got to learn how to engage with the industry. I continue to remain committed to working with the Working Party, but I fear that other companies in the industry will draw the opposite lesson: keep a low profile and try as hard as possible not to make it onto their radar screen. That would be bad for privacy. Well, the Working Party is a work in progress. And I hope someone tells my dad I’m not doing such a bad job… Or maybe my studiously-silent peers were right, and I was wrong…?
Posted by Unknown at 1:33 PM

How about a reply to what BusinessWeek had to say on Google's Orwellian powers of observation ?

That would really help to keep intact the peace of mind of the general public, and in the process gain some credibility when the naysayers from competing companies throw their nastiness at you.

I don't see anything too exciting happening on this front from Google, you are starting to give the tired and old image of some old corporation that doesn't give a dime for the interests of the public, once you reached a dominant position in the market.


One would think you have nothing to lose by being more transparent, and on the other hand... there's a lot to gain.
The public wants a more transparent Google. Opaque we already had enough with Microsoft, and you know what is happening to them.

How about an entire Public Interest division ?
How about more community outreach on these matters ?
I know the blog and PR, but it's not enough.

You can do better, Google.

(not doing evil is not the same thing as doing good...)

The Working Party on Eastern Europe and Central Asia (COEST) works on EU relations with the countries in Eastern Europe (Armenia, Azerbaijan, Belarus, Moldova, Georgia, Russia and Ukraine) and Central Asia (Kazakhstan, Kyrgyzstan, Tajikistan, Turkmenistan and Uzbekistan). It works deals with all aspects of EU cooperation with these countries. This also includes formats for multilateral cooperation, such as the newly launched Eastern Partnership (which includes the EU Member States and Armenia, Azerbaijan, Belarus, Georgia, Moldova and Ukraine) and the European Neighbourhood Policy (ENP).