A torrent of bureaucracy 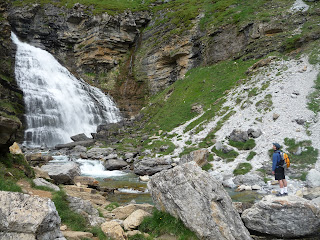 As Europe slips into recession and economic decline, how is privacy law being changed in Europe?  Sadly, privacy debates here, like the other big political debates in Europe, are not about how to foster the digital economy, but rather about how to regulate it.  Tax and regulate:  is that Europe's plan to build its digital economy?

While policymakers around the world are frantically nurturing their digital economies, what's happening here in Europe?  Lots, lots more red tape is coming.  Politicians are furiously running around giving media interviews about how this will rein in Facebook or Google, as though all of Europe's privacy laws should be written for one or two companies.  Indeed, wags have started to call Europe's new proposed privacy laws "Lex Google" or "Lex Facebook".  But trying to write a privacy law to "rein in" Google or Facebook is a sure recipe for writing a bad privacy law that would apply to all companies in Europe.

Very few people have actually looked at how Europe is planning to change fundamental privacy laws.  While politicians are posturing that this is a reduction of red tape, the reality is that it is on track to become the biggest increase in paperwork and compliance process obligations in the history of privacy law anywhere on the planet.  Moreover, here's an assessment that would surprise some people:  I think Facebook and similar big companies could cope just fine with the new proposals, one way or another.  But there is absolutely no way Small and Medium-size Enterprises in Europe could cope.  SME's are already an embattled group in Europe, facing the highest regulatory and employment tax burdens in the world.  Data protection officers at large corporations generally have lots of resources, and they can manage bureaucracy and paperwork, even if it costs a few more million euros.  For big companies, it's not a big deal if the data protection "compliance tax" increases by a few million "new pesetas" or "new lira".  Frankly, I wonder how an SME could possibly deal with this paperwork and process torrent, and how they're supposed to pay for it.

Consider the details of this regulatory torrent, and ask yourself how new legal obligations like those below would impact an SME:
I hope SMEs will have their voices heard in the up-coming political process.  As long as the laws are passed to "rein in" Google and Facebook, you can be sure the SMEs will be ensnared in rules that make no sense for them.  But I wonder if politicians can limit SME-killing regulatory over-load.  I am worried about the impact of excessive regulation on Europe's digital economy, which is surely the world's most promising to create the jobs of the future.  All successful technology companies start as SME's.  Europe is committing a crime against its youth, when 50% of young people in many countries here are out of work.  SMEs create jobs, especially for young people.  Although politicians can run around and get media headlines about how these new proposed fines would rein in Facebook and similar companies, the reality is that a law applies to all companies, including SMEs.  Surely, we can figure out how to apply data protection paperwork obligations in a more sensible fashion, more adapted to the sensitivity and scale of data processing, than what is contained in the current proposed law.  Let's not suffocate European SMEs, as the unfortunate collateral damage of trying to "get" the big American Internet companies.

Europe is about to threaten companies with fines so large that they will throw them into bankruptcy for bureaucracy and paperwork foot-faults?   As countries around the world begin the competitive race to build their digital economies, we in Europe are starting the race by shooting ourselves in the foot?   It's possible to be deeply committed to privacy, without drowning in a torrent of privacy bureaucracy.