The Slippery Slope of Data Retention 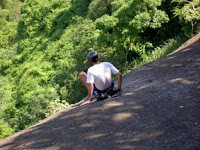 The Article 29 Working Party issued a blunt Opinion in March 2006 about data retention: “The decision to retain communication data for the purpose of combating serious crime is an unprecedented one with a historical dimension. It encroaches into the daily life of every citizen and may endanger the fundamental values and freedoms all European citizens enjoy and cherish.”
http://ec.europa.eu/justice_home/fsj/privacy/docs/wpdocs/2006/wp119_en.pdf

The Working Party went on to make some concrete, practical recommendations for Member States to address when they implement the Directive. As someone who will likely be on the receiving end of law enforcement requests, and will likely struggle with the ambiguities of the law, I’d like to highlight four of their recommendations, all of which present slippery slopes indeed.

1) Since the Directive mandates retaining data for the purposes of investigating “serious crime”, that term should be defined. What is a “serious crime”? And which crimes are not “serious”? I’m sure terrorism and child pornography are “serious”. But is defamation “serious”? And if the law doesn’t define them, who are going to decide: law enforcement, or the companies receiving these orders, or independent arbiters?

2) The data should only be available to specifically designated law enforcement authorities. The Working Party opined that a list of such designated law enforcement authorities should be made public. In the absence of such a public list, I’m sure that lots of officials will make requests for data. To take just one European country, France are we talking about the gendarmerie, the police, the CRS, investigative magistrates, military personnel, diplomatic officials, or any of many other officials? And for companies dealing with cross-border issues, how else could companies know which officials are “designated” in 27 different countries, each with different languages and legal systems?

3) Investigations should not entail large-scale data-mining. But in practice, who is going to enforce limitations on data mining: the companies that refuse to provide large amounts of data? Google famously went to court to challenge a DOJ subpoena in the US for large amounts of data, but 34 other companies receiving requests from the DOJ around the same time did not.
4) Access should be authorized on a case by case basis by judicial authorities or other independent scrutiny. If this Working Party recommendation were implemented, it would indeed insert a level of independent review. In the absence of such a process, who ensures that the requests are indeed valid under the laws? It’s optimistic to assume that all the recipient companies in Europe will exercise independent scrutiny, and only answer the types of requests that a judge or independent authority would have authorized.

We’re on a slippery slope, and we need much clearer rules. Or, as W Somerset Maugham put it: “There are three rules for writing the novel. Unfortunately, no one knows what they are.”
Posted by Unknown at 5:36 PM